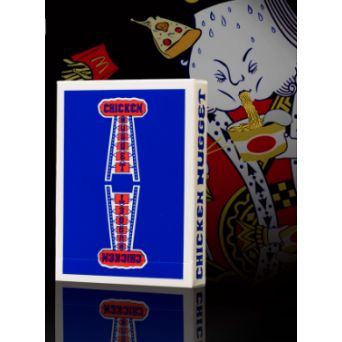 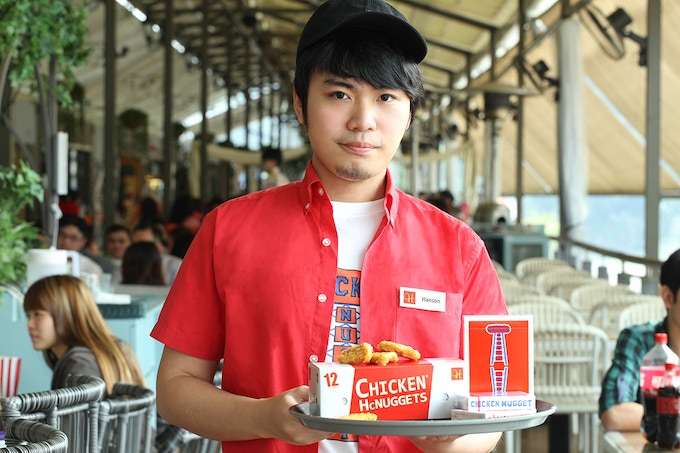 Hello I’m Hanson Chien. A magician, a magic artist, and also a TV magic consultant. About 10 years ago, when I first began to learn magic, I heard there was such a deck of cards that was very expensive and difficult to get. But still magicians around the world were trying very hard just to get their hands on it. It’s Jerry’s Nugget playing cards, the legendary playing cards.

Since its first production back in 1970, Jerry's Nugget has been the legendary playing cards among magicians. Even today, a second handed deck still cost over hundreds of dollars on Ebay, not to mention the brand new ones.
The cards' unique touch, its full and vibrant colors, and smooth coating, all make it irreplaceable. Many people think it's impossible to remake it. But as a magician, I challenge myself to make the impossible possible. 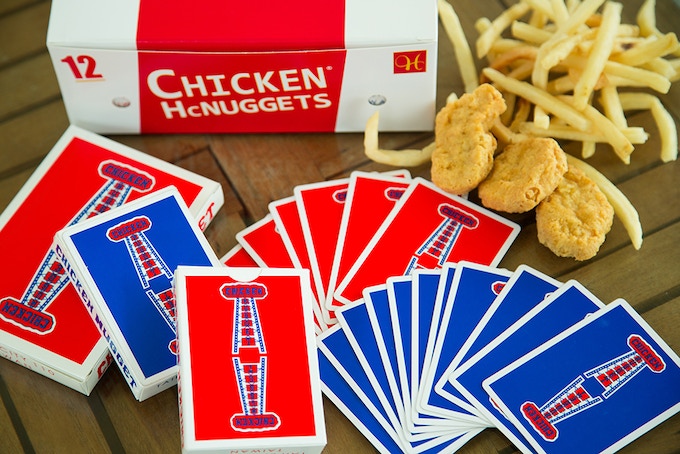 We have been working on this project for more than one year, mulling over every detail from selection of the right material to precise color adjustments. All the effort was devoted to recreate a deck of cards that resembles the legendary ones as closely as possible. 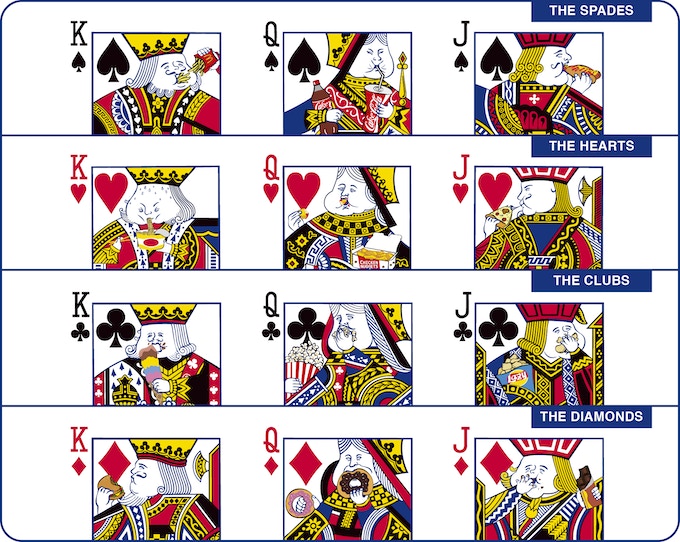 Why are you still eating fast food?
Look what happens to the kings and queens devouring junk food...

These are our selection of 12 iconic junk food, with the most beloved face card figures: Kings gobbling down hamburgers, Queens eating donuts...and so on.

They've set an example for us to be careful of what we put in our mouth. So remind yourself when you're rubbing your belly.
”QUIT JUNK FOOD. MAKE LIFE GOOD.”

Full, vibrant color is one of the most prominent features of Jerry’s Nugget.
We spent numerous hours trying on different colors and inks to recreate the original color chip provided by USPCC. Now, even collectors wow at the final outcome. Comes in either red and blue, or take both, for your choice.

The security band is a classic but often missing feature in today's playing cards.

We're definitely not letting classics slipping away. We imported the material all the way from Japan. This red security band is not just identical to the original one used on on Jerry’s Nugget, it’s also a clever gimmick, making it easier to tear open the wrapping. With it, you can open the cellophane without making it out of shape.

Back in the days of Jerry's Nugget, playing card boxes were sealed with tax stamps as opposed to stickers.

We carefully selected the paper of the same weight and texture as old tax stamp and scanned the original tax stamp to reproduce an identical one, with all the details.

You find the stamp not quite in the middle? This is exactly how it was with the original Jerry's Nugget, and we've kept it that way to give you the most authentic taste.

The original Jerry's Nugget decks have the year 1970 printed on the inside flap of their tuck boxes. As a tribute to the original, we’re not going to skip that. You can see the historic year stamp when you fully open the box.

Designed and made with specific paper that represents Jerry’s Nugget cards.

We've added a few unique touch to our cards.
The 1970 version has the word "M 4924" printed on every Ace. We made it "M 2016" for our modern production. As for the joker, we added our marketing slogan for Chicken Nuggets:
QUIT JUNK FOOD. MAKE LIFE GOOD.

There are also specially designed gaff cards for each deck.
For the red deck, we've prepared a double back card with the shape of chicken nuggets on one side.
For the blue deck, a 52-on-1 card, designed by me, is added in the set.

You now have all the cards, so take you pick, and work your magic.

Echoing the theme Chicken Nugget, we’ve designed twelve “hungry” face cards. This is our touch to add more fun to the game.
So while you're performing amazing magic, don't forget to rub your bellies and remind yourself to quit junk food.

Hope you enjoy these fun twists! Help us make it happen and feel the magic of the Nuggets. Want some Jerry’s Nuggets? Have some Chicken Nuggets now! 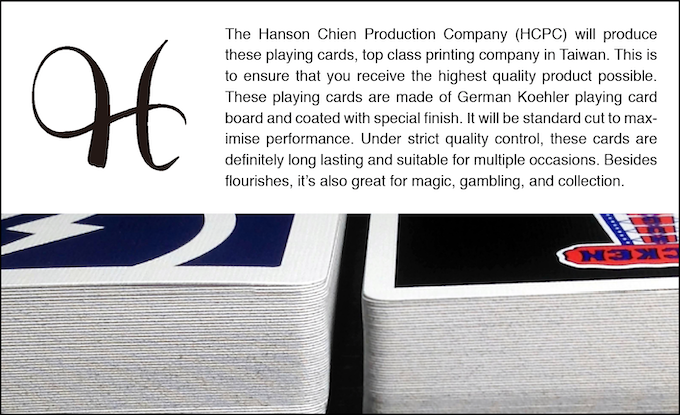 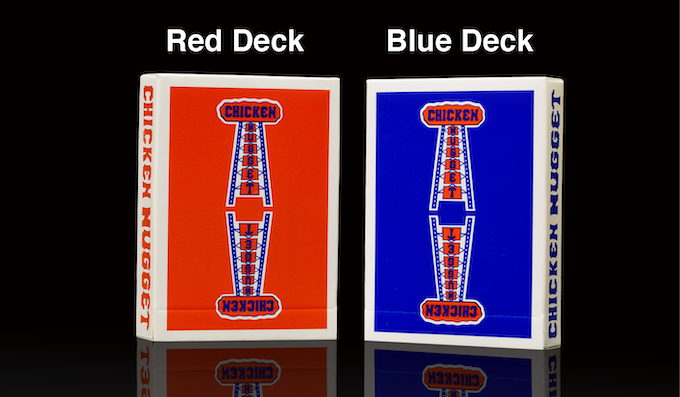 Salute to the classic. Hope you enjoy the quality cards!﻿﻿