Lotrek talking while this kickstarter project :

After the success of Venexiana Gold I continued exploring the possibilities and beauty of foiled decks. Since last summer I've been working on improving the technique of foiling the back and the result is this luxurious deck, the first of its kind in modern era playing card industry. A truly unique collector's item and undoubtedly a piece of history (again)!

"I C O N S" Imperial edition is quite special  to me in many ways: First of all, It's the first deck ever printed having both Gold and Silver hot stamped foil on the back of the cards. But that's not all. It's also the first deck of my "TREASURE" series, which are decks that I'll be producing myself: from design to printing, cutting and packaging, all production steps will be executed or supervised by me personally. "TREASURE" series will always be special editions, limited in numbers and  produced with much love and sweat...

"IMPERIAL" edition is a strictly limited production: Only the decks sold during this campaign will be produced, with 555 decks being the absolute top limit. Of that number 500 will be available in KS

The deck is inspired by -and pays a tribute to- the splendor of the art of Byzantine Empire (c.330 A.D - 1453 A.D). The word "ICON" derives from the Greek "εικών" eikōn "image". It is generally a flat panel painting depicting Jesus, Mary, saints and angels in the Eastern Orthodox art.

"ICONS IMPERIAL EDITION" is the first and most luxurious of three decks to come with the same theme.The other two are the "SECULAR" and "SACRED" editions that will be printed byEPCC and will be launched separately, later this year.

The Back design - the gem of the deck- with Gold and Silver hot stamped foil on a purple background, is inspired by Byzantine mosaics. It features the two-headed eagle, the Imperial symbol. The rendering below gives only a faint idea of what the real thing will be. Those who own Venexiana Gold, know what I'm talking about! 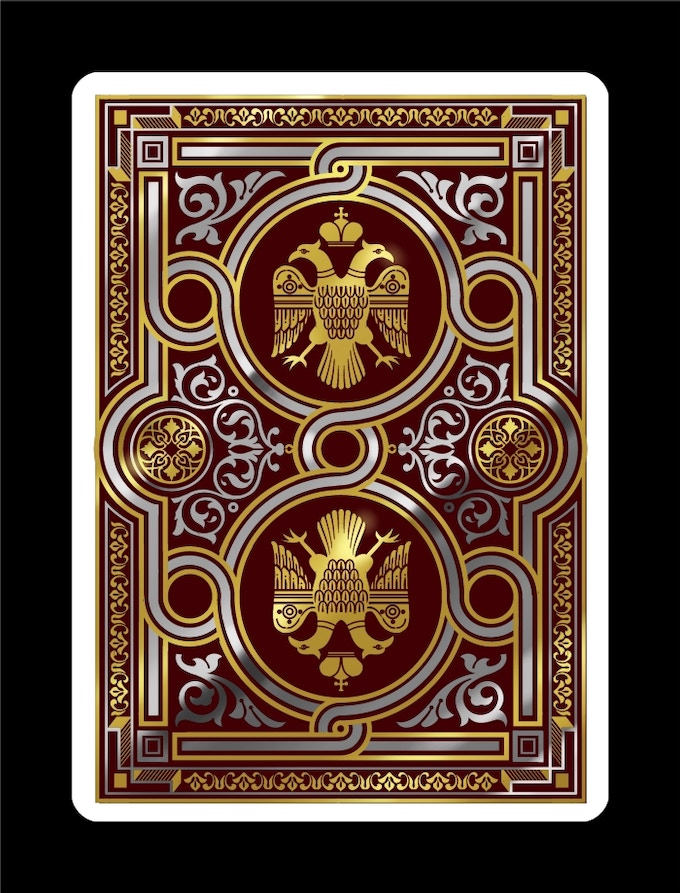 Rendering of the foiled back 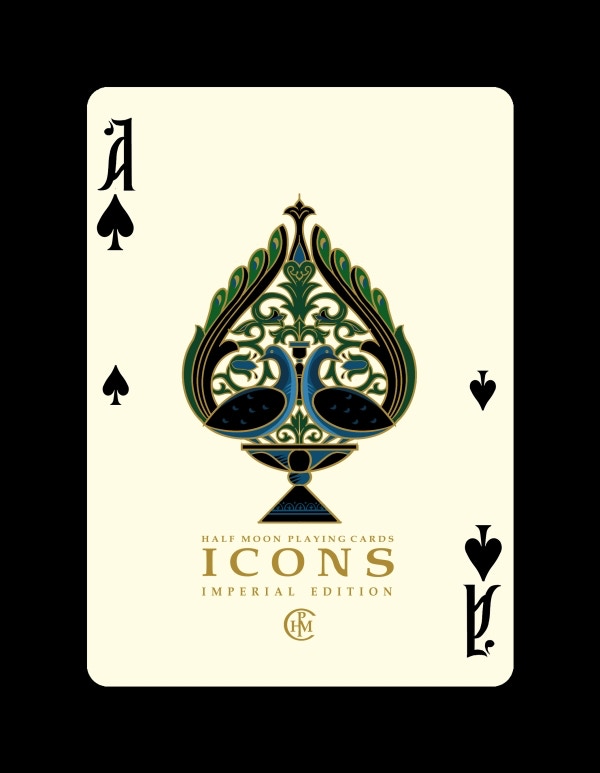 The ace of spades features a very popular decorative motif throughout the Byzantine era: Peacocks﻿ 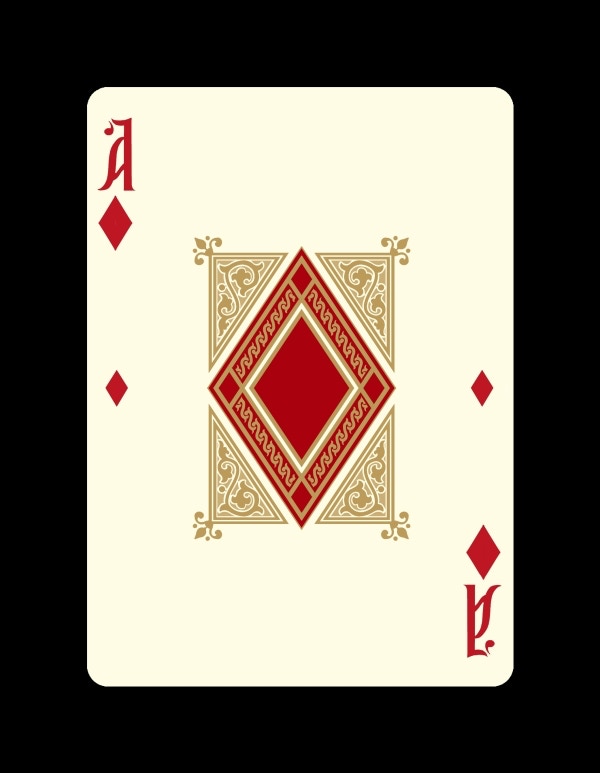 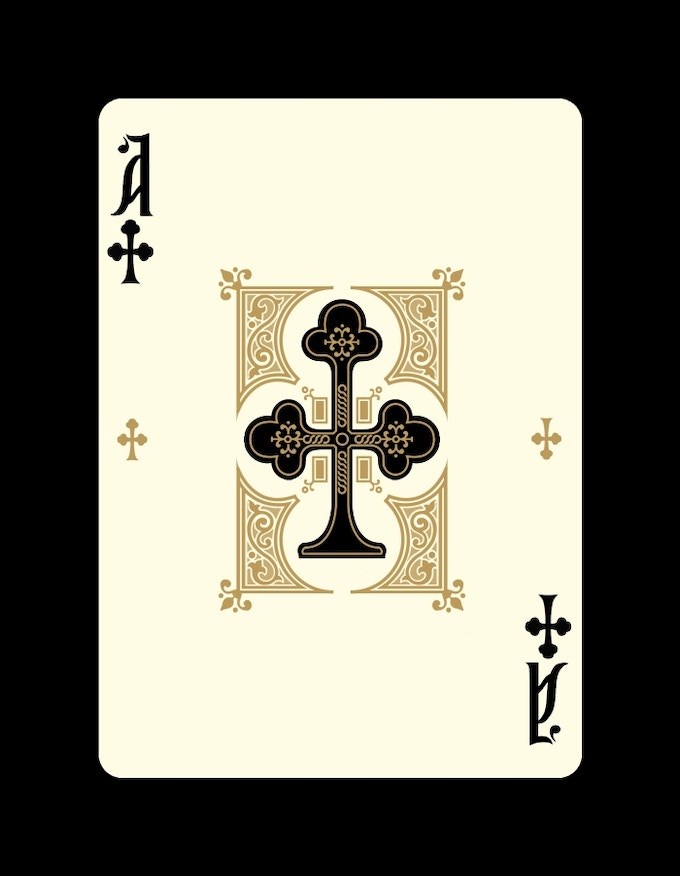 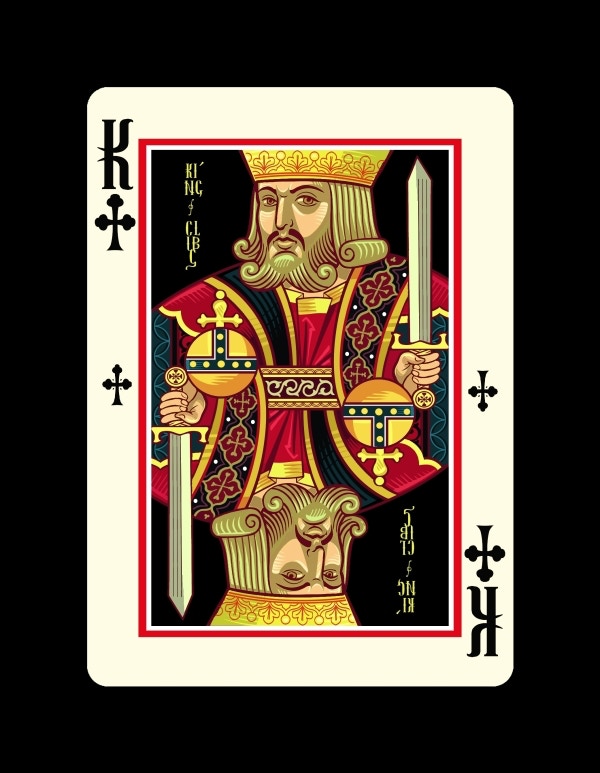 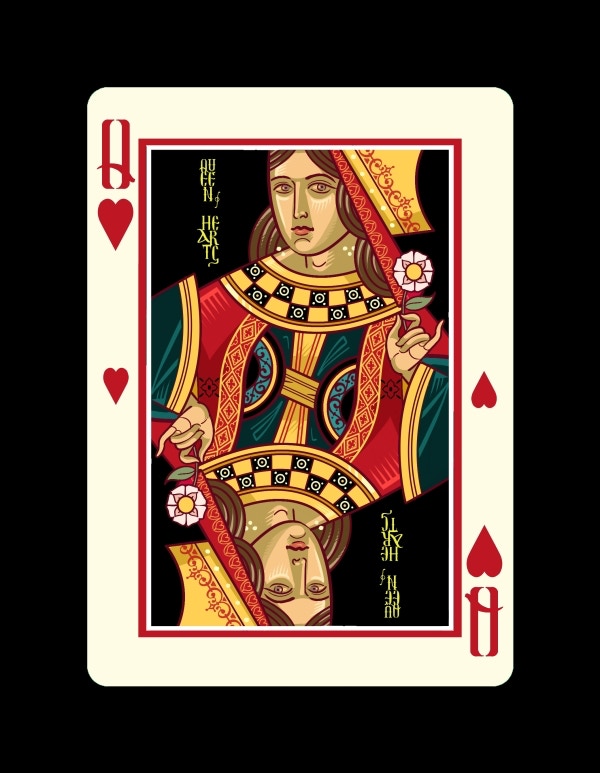 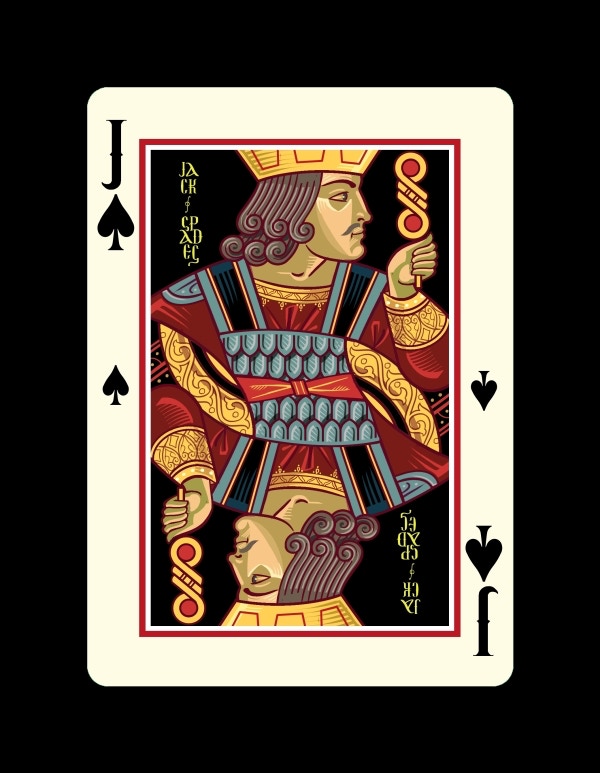 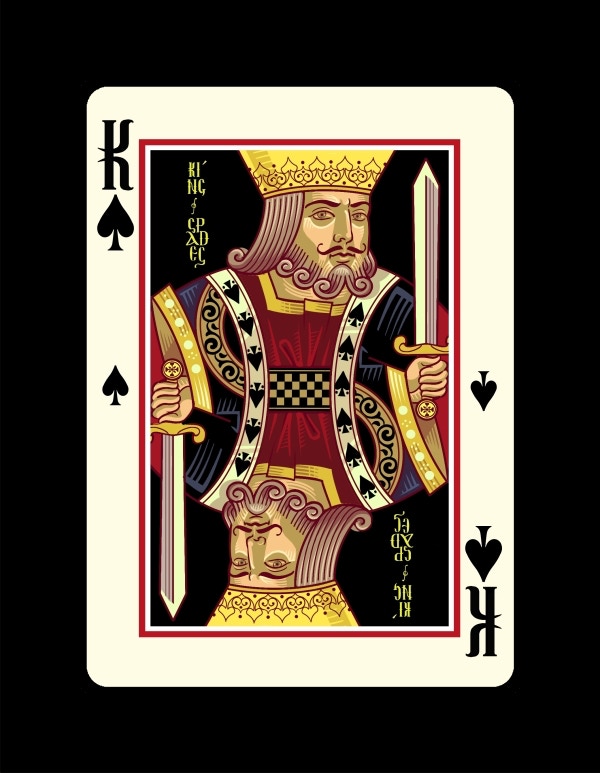 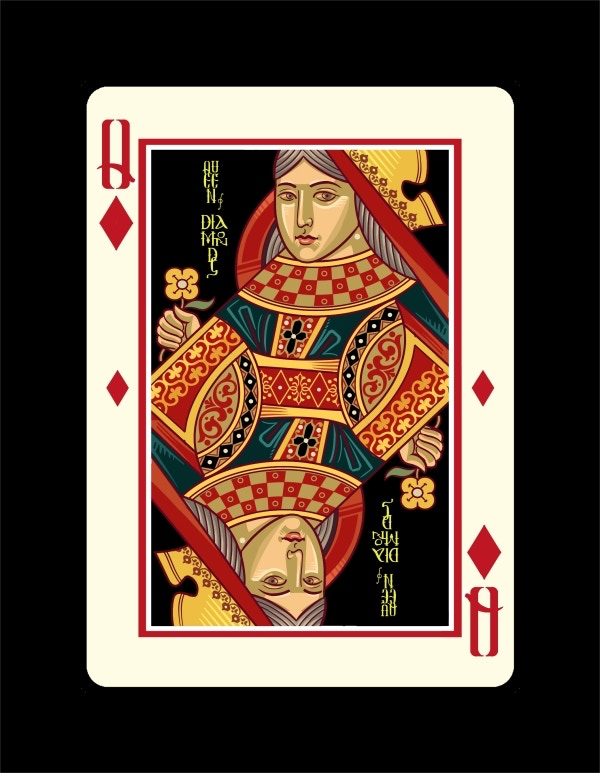 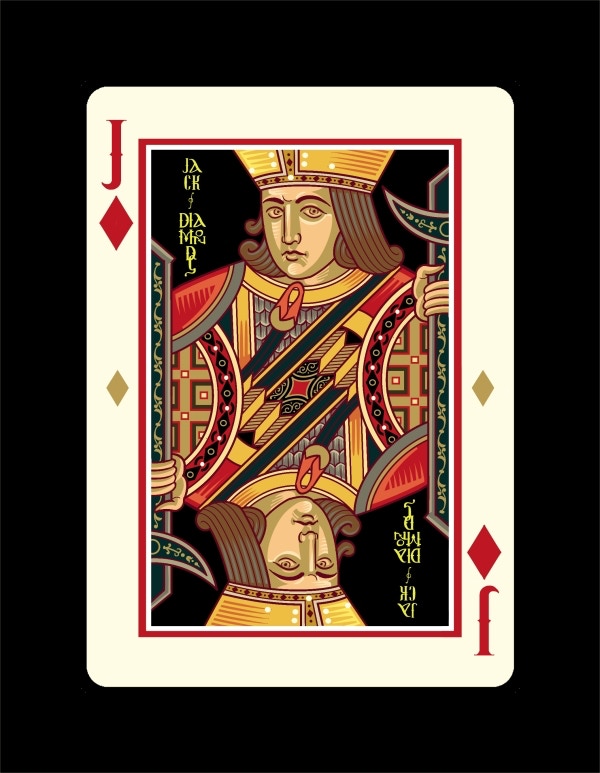 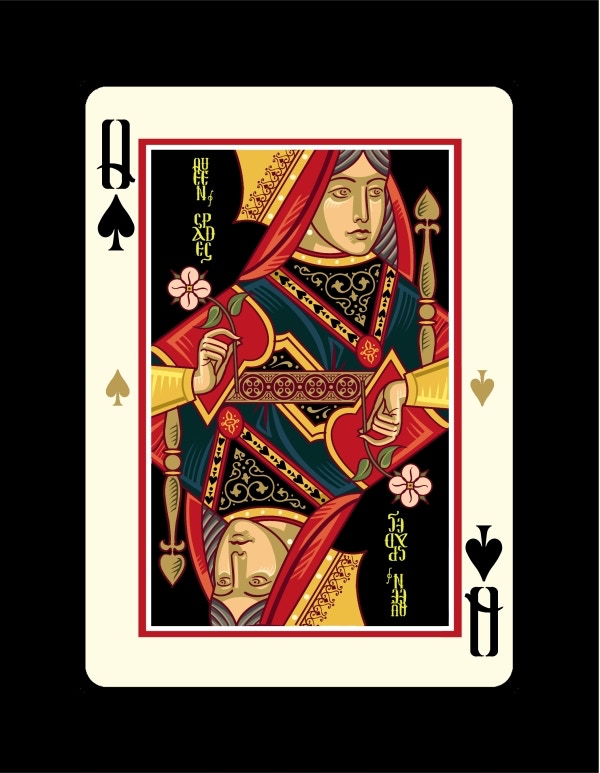 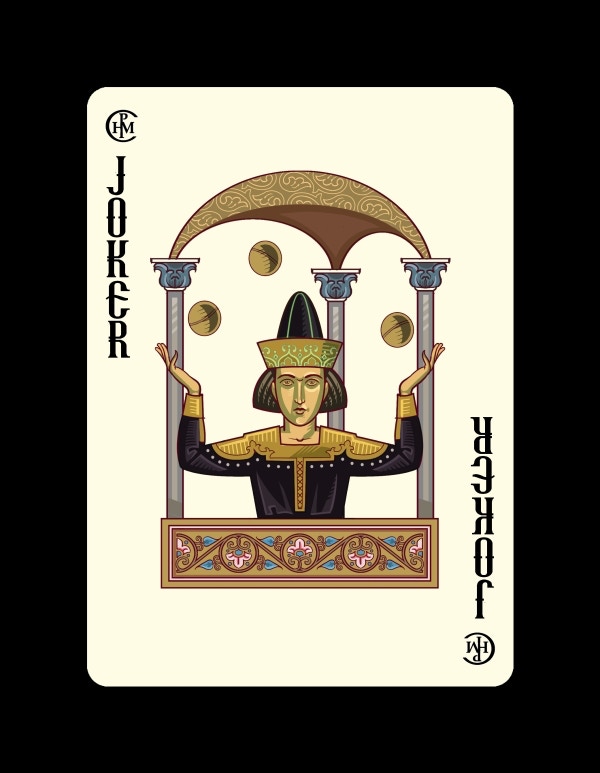 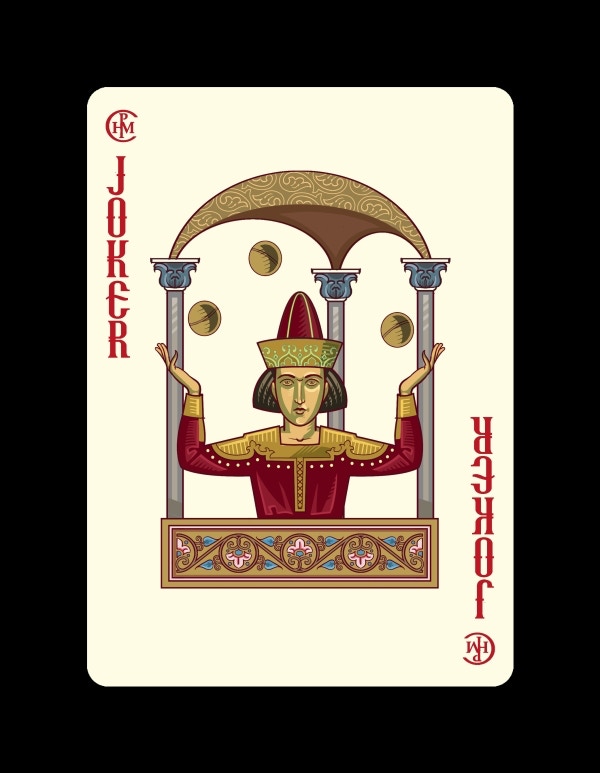 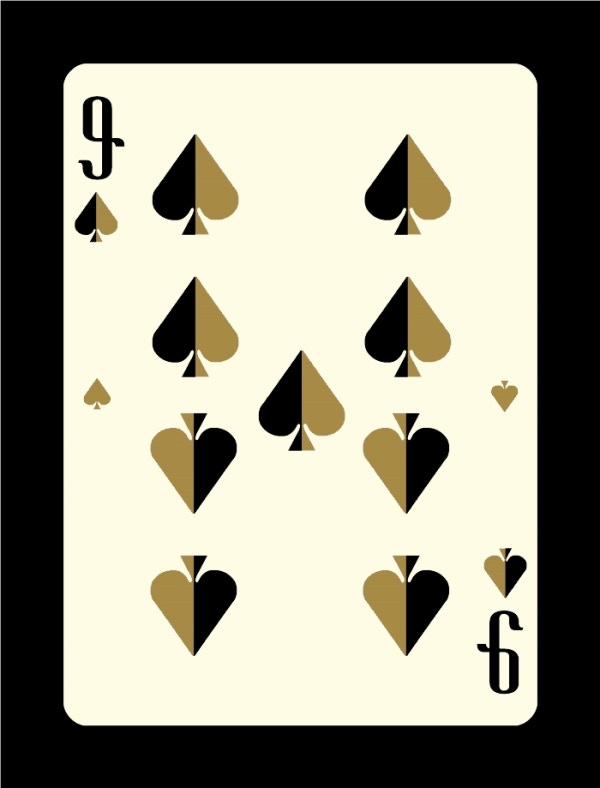 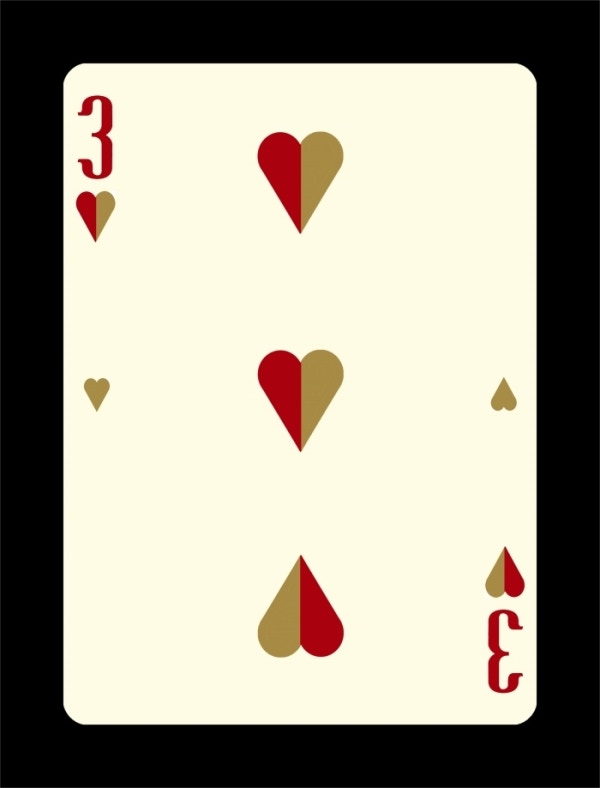 The indices are inspired by the Byzantine scripture and where it is possible I'm using letters from the Greek alphabet.

For such a special edition, I wanted a special tuck case. I started searching and experimenting with various materials until I decided on velvet: The most obvious and appropriate option, came last as it often happens... Actual color will be a bit darker than what you see in the rendering below:

The velvet will have embossing and gold foil accents. Very Byzantine! 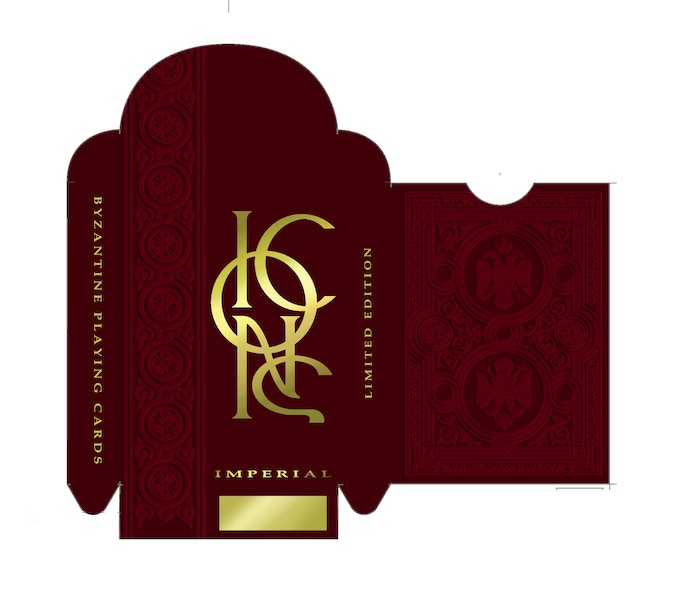 There will be no seal on the deck. I want everyone to be able to open this little treasure and see it, without destroying anything. So I'll use again the band I used in Venexiana Gold but this time the paper will be gold and the ICONS logo will be printed on it: 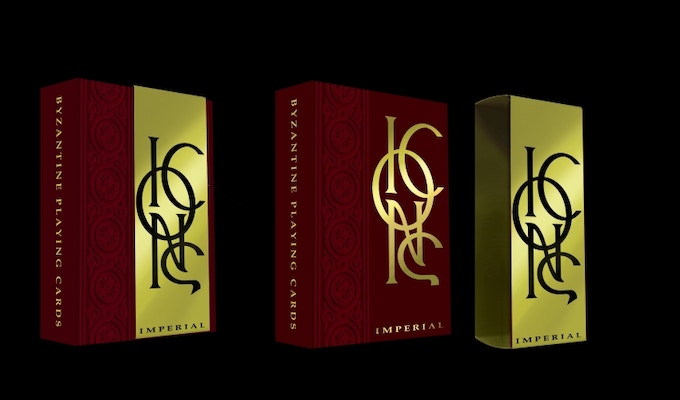 In an effort to upgrade even more the feeling of the deck and make the handling better (although foil always makes it less slippery) I decided to change the paper I used in Venexiana Gold and use the highest quality paper available. The stock I'll use has the same texture you're accustomed to when holding an EPCC or LPCC deck. It will have about the same thickness as Venexiana Gold stock though, as it has to withstand foiling.﻿﻿